While I lay awake waiting for the clock to change to 12:01 so I can go retrieve my reserved book "Harry Potter and the Deathly Hollows". I wonder if there are other baseball fans like myself who enjoy reading the Harry Potter books.

I am currently trying to finish up on the CD book for Harry Potter and the Order of the Phoenix. So I can see it at the IMAX/3D theatre.

I am on a mission to get Dan Haren to autograph his jersey tonight. That is the giveaway for tonight’s game against the Texas Rangers.

I am sitting with the Oakland A’s Booster group but will by myself. Atleast my boss/friend and her family will be there but in different seats. 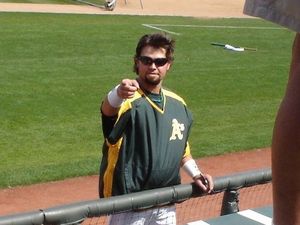 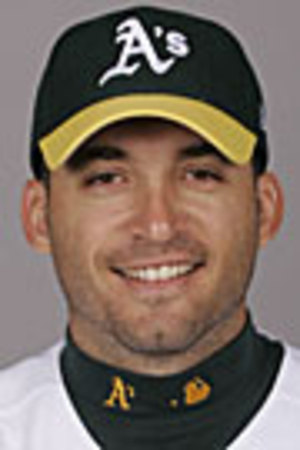 At the FANFEST store, I had noticed this black feltboard with pins all over it. I walked by a couple of times to check it out but wasn’t sure at first what it was. So I asked the lady that was standing near. She told me that I could take a pin if I replaced it with one of mine.

Many years ago when my folks and I went to Chicago for a Rotary Convention. I remember going around to all the people and trading pins with them. I must’ve collected at least a 100 pins from the convention.

"Pins have long been a part of Baseball. They are now used to commemorate the start of the MLB season, new arenas, milestones, players, the playoffs and the World Series. For collectors, pins represent the memory of that event and, in many cases, the intrinsic value, which increases over the years. 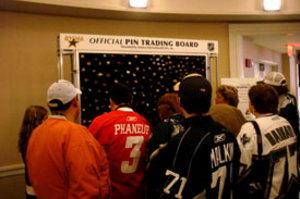 I gave my tickets to the FANFEST to my folks so they could go check it out. They thought it was cool that I was picked to volunteer at the Fanfest. I was so excited to be part of it. My 1st shift was on Friday night (7-6-07) from 6-11 pm. The fanfest shut down at 6 pm but there was a private party from 7-11pm. I was led over to my station the Video Batting Cages. Unfortunately that is the only thing I didn’t get a chance to do when I wasn’t working. I was already tired but I was trying to get people to play the video batting cages.

There were A LOT of guys wanting to hit but no girls. Whenever I saw girls walk by sneaking a peak. I encouraged them to go for it! A couple of them to the bait. They went for it and thanked me for pushing them to try it.

At the Video Batting Cages, you got to choose who you wanted the pitcher to be. There were many choices to chose from like: Roger Clemens,Barry Zito, Dontrelle Wills,Randy Johnson and many others. It was definitely an exciting evening. I went straight to bed as soon as I got home. Especially since I was going to the Beer Festival at the Oakland A’s game the following morning.

My boss/friend,her husband,their daughter and I went to the FANFEST on Sunday together after I went to the A’s game to get my "Stomper" giveaway. I guess I didn’t need to go over there so early since my folks got the "Stomper" too. Now I have 3 of them.

I stood in line for an hour and half to get my picture taken at the USA Today Cover shot. I will scan all the pictures that I took while I was there.

My 2nd shift wasn’t until Monday (7-9-07) this time I’d be working at the Homerun Derby. Now that was fun,too. AlthoughI couldn’t stay very long I had another awesome day! I took BART over to San Francisco right after my morning job and checked the place out myself since I didn’t get to do everything I wanted to do on Sunday. I got there at 945 am and the doors opened up at 9 am. I took the elevator to the 3rd level so I could get in line to make my very own "Trading Card". I will scan those too.

Here is what I had done on Monday:

1- picture of me on the "Wheaties" box

3-pictures of me on the USA Today cover shot

While I was waiting for my USA Today cover shot photo to be printed out. A man walked up to me and asked if I was an A’s fan. I said yes! Of course, I don’t know why people would be asking me this since I was wearing my "Swisher" jersey, my A’s lanyard with all my A’s pins,A’s hat,A’s earrings,necklace and bracelet.*hint sarcasism* He gave me an A’s license plate frame! I thanked him and went on to the next booth.

I had my face painted,signed up to win A’s baseballs and a base from the Oakland Athletics. I must’ve signed up atleast 20 times. I for sure thought I’d win. They might’ve as well just handed them over to me right then and there. *wink* I left around 4 pm that day. I was dead tired from having to get up at 3 am to be at work for my Fitness job that morning. But it was another fun filled day for me.

I just got done watching the movie "Commando" with the Governor of California Arnold Schwarzenegger and MLBlogger Alyssa Milano. It seems like it was just yesterday that it came out. 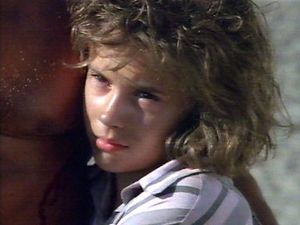 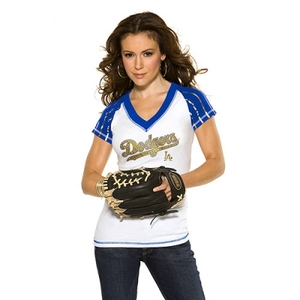 While I was searching for a baseball blog template for my other blog. I came across Nick Swisher’s personal website. The site is designed by "Walk Design". The same company that designed "Barry Zito’s Strikeouts for Troops".

Yeah! Now all the lovesick baseball girls like myself can save "Nicky’s" website in their favorites. Girls the wait is over! He has an official website. 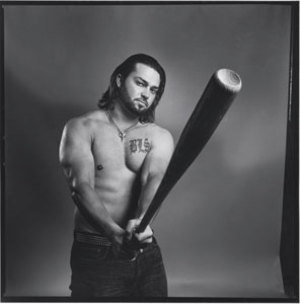 I found Nick Swishers website and this is what he looked like before his dad cut his hair: Silly Nick. 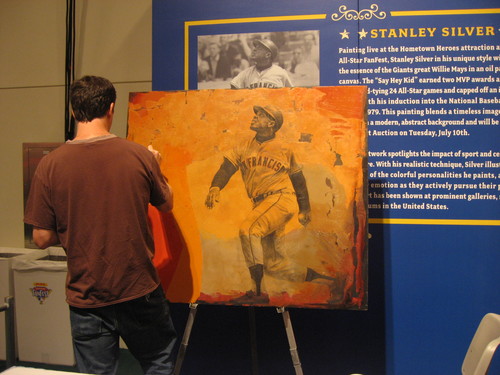 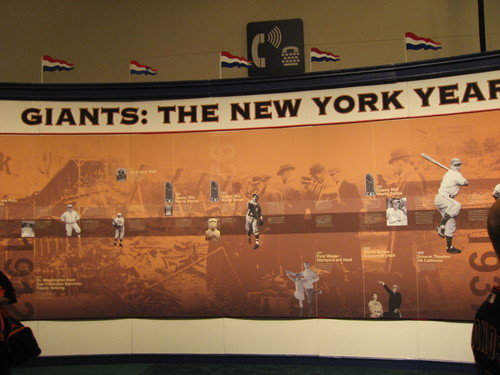